Full Name
Wiley Brazier
Job Title
Digital Leadership & Technology Integration Consultant
District/Organization
myPD 24/7
Speaker Bio
Mr. Brazier is a veteran Educator, FlipGrid Ambassador, Apple Teacher, Pear Deck Coach & Google for Education Certified Trainer who has served as a Science Teacher, Secondary Principal and Central Office Administrator for district and state agencies. He was the Founding Principal of the Lewisville Night High School in Lewisville, Texas. Under his leadership the school made a major positive impact for at-risk and non-traditional students in the district which led to him replicating his efforts in Dallas ISD where he was also the Founding Principal of the John Leslie Patton, Jr. Academic Center. This school helped Dallas ISD to reach its largest graduation cohort at that time.

Mr. Brazier is a featured speaker for conferences across the US and the co-founder of #LaEdChat, Louisiana’s online professional learning network held every first & third Tuesday from 7pm-8pm on Twitter. As Principal of McKinley Middle Academic Magnet School, in 2014-15, Mr. Brazier purchased the first set of Chromebooks in East Baton Rouge Parish School System. Since then he has also led all Chromebook pilots for the district's 1:1 Initiative which now impacts students across the district with over 30,000 Chromebooks.
Resource Page
http://www.myPD247.com 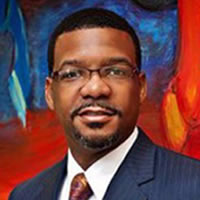